Firebird’s Own ‘Bake That’

Whilst our sales team are very well versed at selling our ‘Bake That’ activity, it’s not often that they get to engage in a bit of healthy competition, roll up their sleeves and have a go themselves!

This inclusive activity enabled Firebird to bring together everyone from across the different departments, including the sales, production, finance and warehouse teams... This activity involved some much-loved classic rounds and a whole heap of creativity, with each team having their own attempt at the Technical Challenge, nailing the Signature Bake and creating WOW factor Showstoppers!

With cooking stations for each team, including mini ovens, an array of baking equipment and a whole host of ingredients at our disposal, plus expert chefs on-hand to give tips and advice, there was no limit to what we were able to create!

Teams were given different biscuit recipes to perfect, such as shortbread, ginger snaps and chocolate chip cookies. Some were baked to perfection and some were rather more over-baked (no names mentioned!!)

Not to be confused with macaroons, these are French meringue-based bakes, that melt in the mouth. Teams attempted different flavour combinations including coffee, peppermint and blueberry, filled with buttercream or ganache. This was the technical challenge, so to make it that little bit trickier and test the team’s knowhow, the instructions were deliberately kept rather basic. End results were rather impressive, although one teams’ macarons were a little reluctant to come off the baking parchment!

This is where teams really got to ‘show off’ their creative skills by designing, baking and decorating their very own creations. Each team took a different approach and came up with some fantastic bakes including; a fleet of Firebird vans driving down a fondant road, a whimsical representation of the rounders match we played the day before, individual cakes making up the Firebird logo and a summertime meadow featuring hand crafted sugar flowers (and Firebird Ted of course!)

At the end of the session, each team presented their bakes ready for the judges to give their verdict (we were all hoping for a handshake and not a soggy bottom!!) Ian, Bill, Antonetta and Nina ‘wowed’ the judges with their choc chip cookies, coffee macarons, and summer time meadow showstopper and were crowned the winners… What was the prize we hear you say?! A very much sought-after medal and a treasured Firebird Events mug for each winner!!!!!

It really was a great event, testing team work, creativity and time management – even for those of us that don’t bake often, we really got into it. Plus, there was a lot of naughty treats to take back to the office afterwards – what a bonus!!

If you fancy taking on the ‘Bake That’ challenge with your team, you can find out more about the activity here – BAKE THAT INFORMATION 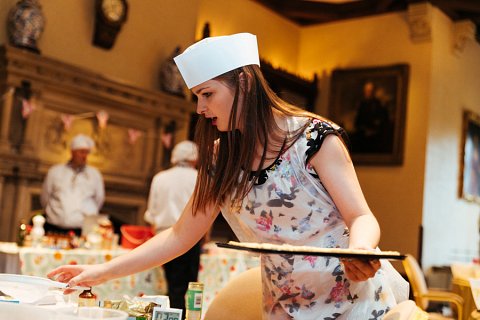 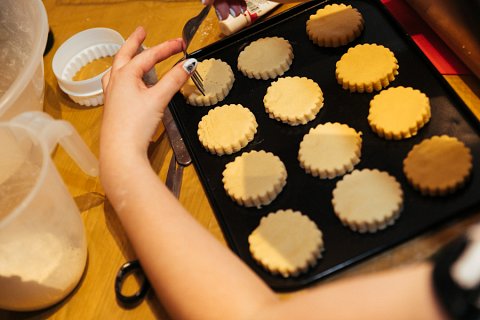 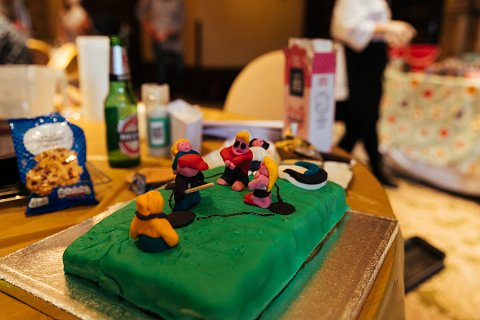 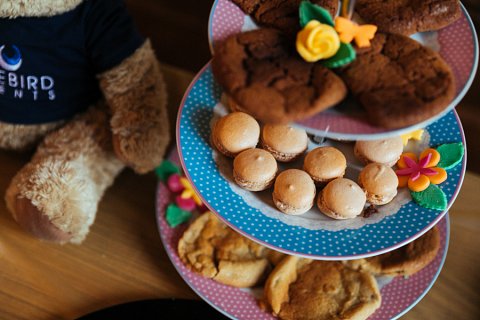 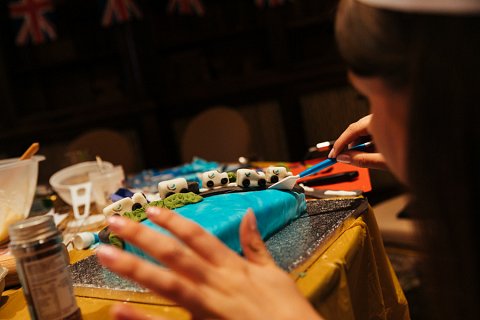 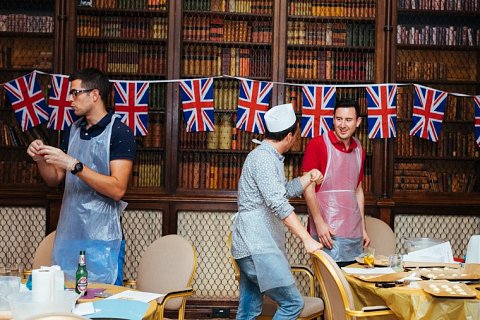 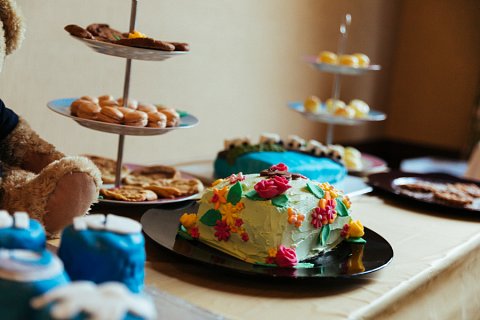 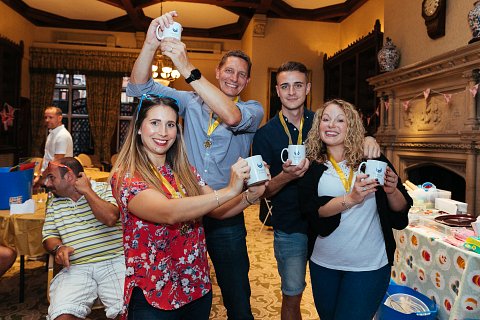