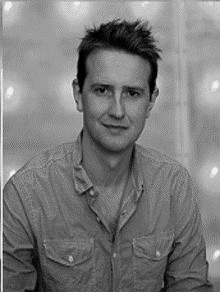 Simon Duffy is the co-founder of Bulldog Natural Skincare, the UK’s first and largest natural skincare brand for men.

The Bulldog range was launched in Sweden in 2010 and the brand has since expanded quickly overseas and can now be found in Norway, Germany, Japan, USA, Ireland, Australia and New Zealand. Bulldog has also won several awards including the HSBC Start-Up Star Award for 2008, the RSPCA Good Business Award 2008, Marketing Week’s Engage Award for 2011,“Men’s Face Wash of the Year” in Finland’s Cosmopolitan Magazine and won America’s Men's Health 2012 Grooming Award.

Today the range is listed in over 7,500 stores worldwide and successfully competes with leading multinational brands such as L’Oréal, Nivea and Gillette despite working with a fraction of their resources.

Simon is an innovative speaker, with a wealth of knowledge on branding and starting a company from scratch, in addition to his varied business experience.

Contact us today for further information on our after dinner speakers or to book Simon Duffy for your event.