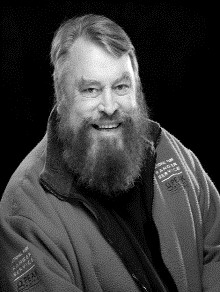 ‘Hearty’, ‘king-sized’ Brian Blessed, is one of the UK's most cherished theatrical and movie icons.

As a member of the Royal Shakespeare Company, Brian’s credits are luminous and prestigious. Claudius in ‘Hamlet’, Maxim Gorky in ‘State of Revolution’, and famously, Baron Bomburst in ‘Chitty Chitty, Bang, Bang’ at the London Palladium.

The role of Old Deuteronomy in Andrew Lloyd Webber's acclaimed musical, ‘Cats’, was created by Brian and earned him a SWET nomination – and the hearts of the nation.

Not only a theatre stalwart, but a veteran of TV as well, Brian has starred in ‘I, Claudius’, ‘The Three Musketeers’, and ‘Aliens v Wizards’ for the BBC, amongst numerous other shows. On the big screen he starred opposite Katherine Hepburn, Irene Papas and Vanessa Redgrave in ‘Talthybius’, played Vultan in ‘Flash Gordon’ and Lord Locksley in ‘Robin Hood Prince of Thieves’ with Kevin Costner.

Brian has climbed Everest and reached a height of 28,000 feet – the highest a man of his age has achieved without oxygen. Brian has also completed a trek to the North Pole, an expedition to The Lost World in Venezuela, a climb to the summit of Mount Ararat in Turkey at 17,000 feet and has climbed Mount Kinabalu in Malaysia.

Contact us today for further information on Brian Blessed or to make a booking.