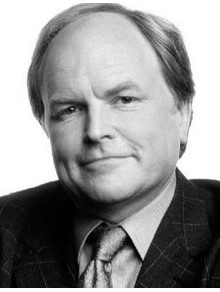 Recognised as one of the UK’s cleverest and funniest TV and print satirists and authors, Clive Anderson is an award-winning comedian.

His celebrated Channel 4 chat show saw him interviewing the world’s most famous and often controversial figures. Clive has written for many shows including Alias Smith & Jones; The World According to Smith and Jones and Not The Nine O'Clock News. In 1996 Clive Anderson All Talk began and aired for five years.

The Sharp End and The Guardian Sports Quiz followed, as well as stints on many classic TV shows in the UK, including 'God Almighty', 'The Big Read', 'Loose Ends', 'Notes and Queries' and Underdog.

Clive has written and presented many documentaries on subjects ranging from the Montreal Comedy Festival, the Bayeaux Tapestry, Great Railway Journeys Of The World and Our Man In... for the BBC.

He has written for a diverse range of newspapers and magazines including The Times, The Observer, and The Independent on Sunday.

Contact us today for further information on our after dinner speakers or to book Clive Anderson for your event.