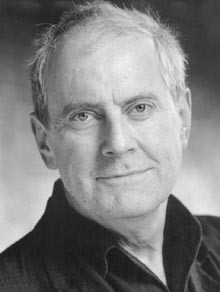 Gyles Brandreth is a writer, broadcaster and former Conservative MP; he is a charismatic and engaging after dinner speaker.

Gyles has appeared in numerous television shows including ‘Countdown’, ‘The Mitchell and Webb Look’, and ‘Have I Got News for You’.

As a politician, Gyles was a member of the Conservative party and MP for the City of Chester. He was also Lord Commissioner of the Treasury during John Major’s government. When his political career came to an end, Gyles appeared on numerous radio shows including Radio 4’s ‘Westminster Hour’ and ‘Just a Minute’.

Gyles is a talented writer and wrote ‘Breaking the Code’, a book about his time in Westminster which received great reviews from The Times. He is also the editor at large of the Sunday Telegraph Review, correspondent for CBS News, and presenter of LBC’s weekly arts and entertainment programme for ITN Radio.

Gyles is an adept after dinner speaker and conference facilitator; he brings charisma and class to corporate events and will keep the audience engaged throughout.

Contact us today for further information on our after dinner speakers or to book Gyles Brandreth for your event.