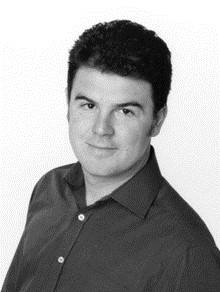 James Allen has been a Formula 1 correspondent for over twenty years and is in high demand to host and speak at corporate events.

James began his Formula One career in 1990 as a press officer with the Brabham team. He was given the difficult duty of gathering good press for race drivers Martin Brundle and Mark Blundell. He started working for ITV a few years later and his first job was presenting Nigel Mansell’s IndyCar ’94 in America. James also worked for the US sports TV network, ESPN reporting from the F1 pit.

James became a regular F1 presenter for ITV and his coverage has won three BAFTA awards in addition to the Royal Television Society’s Sports Programme of the Year award. James and Martin Brundle received the Autosport Award for their excellent coverage of The Brazilian Grand Prix in 2008.

After a long career with ITV, James is now an F1 Correspondent on BBC Radio 5 Live and is the BBC’s lead F1 commentator. In addition to his role with the BBC, James is a correspondent for the Financial Times and a presenter for Australian TV Network 10.

Contact us today for further information on our after dinner speakers or to book James Allen for your event.