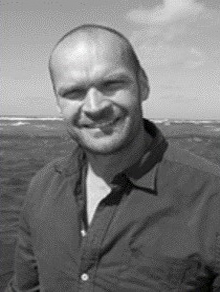 BBC presenter Monty Halls is an experienced and charismatic motivational and after dinner speaker.

He brings his wealth of experience to life and draws on his adventures to speak on change with respect to the world we live in; how it relates to a business environment, and how to perform under stress.

An ex-Royal Marines Officer, a broadcaster, explorer and writer, Monty has led international teams through some of the most demanding environments on earth, for over twenty years. He has worked for Nelson Mandela as part of the peace process in South Africa and was awarded the BISH Medal for services to exploration.

His television career began when he won Channel Four’s Superhuman competition in 2004. Since then he has presented series and documentaries for the Discovery Channel, The National Geographic Channel, BBC1 and BBC2, Channel 4, and the History Channel.

Monty’s passion is leadership, team dynamics, and studying the effects of stress and pressure on humans.

Contact us today for further information on our after dinner speakers or to book Monty Halls for your event.