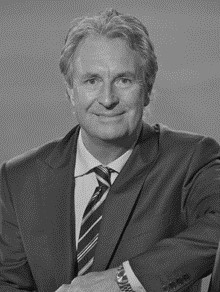 He is an entertaining after dinner speaker using his past experiences to entertain the audience and he ensures he incorporates a corporate message into his speeches that companies will benefit from.

Paul’s professional football career began in 1970 and he quickly became one of the UK’s most expensive players. Paul played over 400 matches most of which were in the Premier League and he was eventually picked for the England Squad. Unfortunately for Paul his career was cut short when a leg injury caused him to retire at the age of thirty-two.

In 2009 he went back to his old club, Burnley and was the Chief Executive. Paul was part responsible for helping Burnley gain promotion back up to the Premier League. He continues to be involved in Stadium projects all over the UK, Europe and Australia.

Contact us today for further information on our after dinner speakers or to book Paul Fletcher for your event.