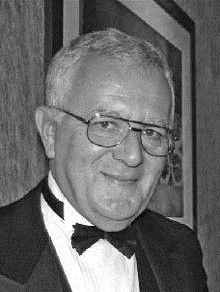 Robbie Glen is an accomplished after dinner speaker with a dry sense of humour and is a fantastic story teller.

He is favoured for corporate events and has the ability to keep his audience entertained throughout.

He was the Governor of Castle Huntly Young Offenders Institution, the acting Governor of the Dungavel Prison and Barlinnie; Robbie also took pride in becoming the Governor of Scotland’s only female prison, Cornton Vale.

Robbie was highly respected in his position as a prison Governor, so much so that there was a story titled ‘The Prisoner’ based on him in William Mcllvaney’s book of short stories, ‘The Walking Wounded’. He has spoken at numerous corporate events and is regarded as an accomplished after dinner speaker due to his ability to motivate the audience while keeping them entertained with his dry wit and hilarious stories.

Contact us today for further information on our after dinner speakers or to book Robbie Glen for your event.