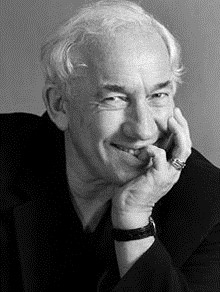 Simon Callow, famous actor, director and writer, has appeared in many films, including the hugely popular Four Weddings and a Funeral.

He has come to be greatly associated with the work of Charles Dickens. In addition to playing the writer on stage, film and television, Simon has also performed some of Dickens’ theatre pieces: Dr Marigold & Mr Chops, and A Christmas Carol.

Simon’s books include Being an Actor, Shooting the Actor, a highly acclaimed biography of Charles Laughton, Love is Where it Falls, an account of his friendship with Peggy Ramsay the great playwright agent. Simon is currently writing the third volume of his biography of Orson Welles. He also regularly writes for The Guardian.

As a stage actor, Simon has played some of the theatre’s most iconic roles. These have ranged from Titus Andronicus, Mozart in Amadeus and Faust to Oscar Wilde in The Importance of Being Oscar, Captain Hook and Pozzo in Waiting For Godot, opposite Sir Ian McKellen, Ronald Pickup and Patrick Stewart.

Simon's most recent book is 'Charles Dickens and the Great Theatre of the World', which was published by HarperCollins on the bicentenary of Dickens' birthday - 7th February 2012.

Contact us today for further information on our after dinner speakers or to book Simon Callow for your event.