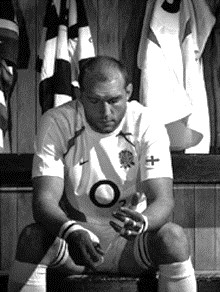 Following a long and successful career with Leicester Tigers and England, Ben’s ready wit combined with his intelligent analysis of sport makes him an unbeatable motivational and after dinner speaker.

Ben joined the Leicester Tigers just before the 1999 World Cup, and as his team lifted the trophy, Ben’s reputation was beginning to grow. Rewarded with his first England cap against Canada in 2001, his position on his national team was cemented.

In 2005 Sir Clive Woodward selected Ben for the British and Irish Lions tour to New Zealand, and the world enjoyed one of the most exciting games in rugby history, and in 2007 he was the only English player to see every minute of action in the Rugby World Cup.

Honoured by the Queen with an MBE for services to the sport, Ben has become one of the rising stars of the after dinner speaking circuit.

Contact us today for further information on our after dinner speakers or to book Ben Kay for your event.