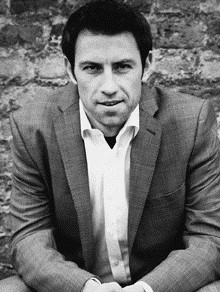 Mark Hunter, Olympic gold medallist, is a natural and charismatic motivational speaker. His win at the 2008 Beijing Olympics was Great Britain's first ever lightweight rowing medal.

Success in the men’s four in 2004 during the World Cup series was followed by being appointed captain of the prestigious Leander Club in 2005 and a win in the double scull in 2006 World Cup. Then, in 2008, a year in which he and Zac Purchase were the only unbeaten crew in world rowing, he confirmed his status as one of the leading rowers in his class by winning an Olympic gold medal in emphatic style.

Mark is a warm, honest and articulate motivational speaker who brings with him a story of success and, more importantly, an awareness of what it takes to achieve. Mark offers his account of his career and achievements with a humour that contrasts sharply with his vivid recollections of the moments when he wondered if he could, or should, continue chasing his dream.

Contact us today for further information on our after dinner speakers or to book Mark Hunter for your event.