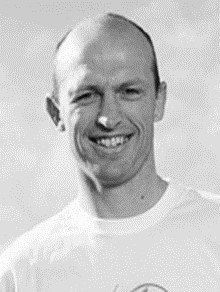 England rugby world cup winner, Matt Dawson is a man of many talents - chef, dancer and pundit, and he is an exceptional business and after dinner speaker.

With 77 caps under his belt, Matt is England’s most capped scrum half. During the 1998 tour to Australia and New Zealand - ‘The Tour from Hell’ - Matt was congratulated on his leadership. He also captained the England Rugby team to win the Six Nations Championships in 2000.

A brand ambassador for Young's Seafood, Matt used his creative thinking by partnering with food brand Tulip to develop a range of fuller flavoured sausages, which subsequently became available in Tesco and Sainsbury’s.

A highly regarded sports journalist, the rugby icon has been A Question of Sport Team Captain since 2004, and as the show continues to average 8+ million viewers per week, Matt’s media profile continues to entertain the UK.

Matt continues to work across BBC Sport’s rugby coverage, contributing to their 6 Nations coverage in 2012 and presenting online content in the form of the popular “Dawson Debates”. In the same year he joined the BBC Olympic presenting team where he covered the cycling from the velodrome for Radio Five Live.

Contact us today for further information on our after dinner speakers or to book Matt Dawson for your event.