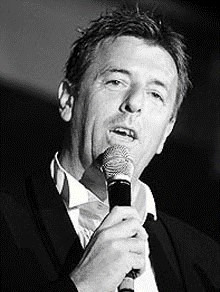 Matt Le Tissier is one of the most gifted English footballers of his generation. He played for Southampton FC and for England.

He is now a football commentator and appears on the award winning football show, Soccer Saturday on Sky. He is a consummate and charming awards host and after dinner speaker.

Matt Le Tissier signed for Southampton in 1985 and remained there until 2002. He was a dedicated, loyal and committed player. During the 1989-1990 season he was voted PFA 'Player of the Year' and was one of the league's top goal scorers.

The following season he was awarded with the coveted 'Match of the Day Goal of the Season'. In 2000 Matt scored a penalty taking his tally of Premiership goals to one hundred, becoming one of only a small handful of players to do so.

Contact us today for further information on our after dinner speakers or to book Matt Le Tissier for your event.