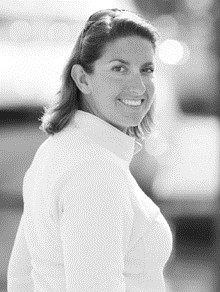 International sailing star Dee Caffari is a motivational speaker who invokes emotion in audiences and conveys valuable business lessons drawn from her experiences of adversity, teamwork and success.

On May 18th 2006, Dee sailed into the record books with an extraordinary feat. She became the first female to circumnavigate the world ‘the wrong way', battling prevailing currents and winds. She completed the task alone and without stopping for the entirety of the 29,100miles.

A schoolteacher who harboured dreams of doing something special, Dee left the classroom for the sea to become a skipper and follow her heart. Rising fast to the top of a male-dominated profession, her leadership abilities and her skills for bringing out the very best in others became clear when she was picked to lead a team of amateurs - in the challenging Global Challenge Yacht Race in 2004.

Dee was the only female skipper, and the way she managed the crew through terrifying adversity was lauded. Praised for overseeing the largest ocean rescue in that area when one of her crew-members had to be airlifted off the yacht, she became the recipient of a coveted BP Safety Prize as well as a Media Prize in commendation of her ability to write with honesty and humour in the daily log.

Contact us today for further information on our after dinner speakers or to book Dee Caffari for your event.