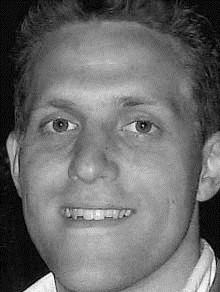 Ed Coats was chosen to be the third member of team QinetiQ alongside Ben Fogle and James Cracknell on their journey to the South Pole.

Six teams were involved in the race, skiing 470 miles across the Antarctica; the team faced numerous obstacles including crevasse fields, frostbite, serious blisters and hallucinations. Their days of cross country skiing were 16 hours long and in temperatures as low as -40 degrees Celsius.

Ed was a keen adventurer even before he took part in the race to the South Pole, he captained two teams that swam the English Channel, has completed the Karrimor Mountain Marathon and has also represented Great Britain as a decathlete. Ed participated in the ’30 at 30’ challenge, where he took on thirty gruelling activities including a Thames Swim and an endurance marathon.

Ed is an adept and intelligent speaker with the ability to focus on his QinetiQ team adventure, drawing on the importance of team work and collective responsibility and relating this to business; he believes good relationships between team mates and colleagues are vital in order to achieve a successful outcome.

Contact us today for further information on our after dinner speakers or to book Ed Coats for your event.