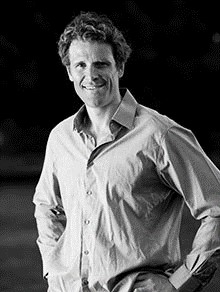 In 2006 James rowed the Atlantic for charity. This was the first of many extreme expeditions including a 1,400 mile journey from the UK to Morocco in a week for Sport relief. In 2009, James took part in the Amundsen Omega 3 South Pole Race with Ben Fogle and Dr Ed Coats, and finished second. In 2010 he started to film ‘The Unstoppable’ trilogy for the Discovery Channel. The title was chosen because a near fatal accident left him with a brain injury - but didn’t curb his belief in himself.

Having raised funds for Children in Need during his adventures with Fogle, James was asked by the BBC to set out on a journey in which he rowed The English Channel; cycled through France and Spain and finally swam The Strait of Gibraltar, accompanied by comedian David Walliams. It took him a mere ten days to cover just under 1500 miles and raise £340,000 for Sport Relief.

Contact us today for further information on our after dinner speakers or to book James Cracknell for your event.