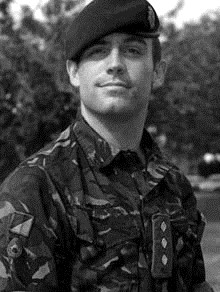 Kevin Ivison is an ex bomb disposal expert who suffered from Post-Traumatic Stress Disorder after a traumatic ordeal in Iraq. His incredible story of recovery makes him an inspirational speaker of the highest calibre.

Kevin became the British Army’s youngest officer in December 2000 when, aged nineteen, he commissioned into the Royal Logistic Corps. He subsequently deployed to Afghanistan and the Balkans before beginning his training as an Ammunition Technical Officer - the British Army’s bomb disposal experts.

With only two weeks left before he was due to leave Iraq, Kevin was tasked to defuse a sophisticated bomb by hand, under fire, with a crowd of many hundred Iraqis hurling petrol bombs. Against overwhelming odds and with little chance of survival, Kevin left final messages for loved ones before walking to what he was sure would be his death.

Kevin left the Army in 2009 and now acts as a counter-IED, bomb disposal and weapons intelligence consultant for a variety of governmental and commercial organisations. For his actions at Red One, Kevin Ivison was awarded the George Medal in 2006. Kevin is eloquent and inspirational - ideal for after dinner and motivational speaking.

Contact us today for further information on our after dinner speakers or to book Kevin Ivison for your event.