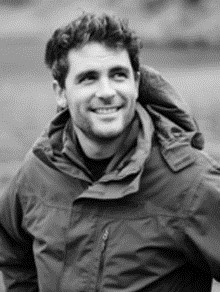 He has been covering events and conflicts around the world, and his work has been published and broadcast in international publications and on Channel 4, the BBC, National Geographic, Discovery Channel Magazine and CNN.

As well as being beautiful, awe-inspiring and rewarding, his journey down the Nile was one of adversity and tribulations, including the tragic death of one of his travelling companions, journalist Matt Power, of extreme heat and hyperthermia. Levison’s powerful messages of struggling through devastating circumstances and beating the odds to achieve success have an emotional resonance, and audiences across the globe have testified to feeling motivated and inspired after hearing his tale.

Before embarking on a career in the media, Levison was an Officer in the British Parachute Regiment, where he served in Afghanistan in 2008.

Having travelled and worked in over eighty countries, Levison was made a Fellow of the Royal Geographical Society in 2011 and as a journalist he has travelled alongside Karen rebel forces in Burma; through city streets, to the mountains, deserts and jungles of Afghanistan, Syria, Pakistan, North and South Sudan, most of Sub-Saharan Africa, India, Nepal and South East Asia.

Contact us today for further information on our after dinner speakers or to book Levison Wood for your event.