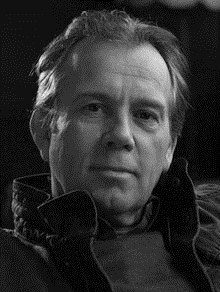 Pen Hadow, Global Explorer, Motivational Speaker & Environment Consultant, inspires audiences with his extraordinary story of achievement in one of the most challenging environments on Earth.

In the 1980's Pen became the youngest-ever executive at IMG sports organisation, and a decade later, in 1995, he set up the world's first specialist polar guide service, almost single-handedly opening up the Arctic and Antarctic with his pioneering travel business, The Polar Travel Company.

In 1997 he organised the first all-women's relay to the North Geographic Pole, enabling 20 women, with no previous polar experience, to walk into The Guinness Book of World Records. He thus changed the perception of what many thought was possible in the polar regions.

Pen was catapulted to international fame in 2003 when he became the first person to complete one of the last great polar challenges - solo, without re-supply, from Canada to the North Geographic Pole. This feat is thought to be harder than climbing Everest solo, and demands such a level of skill and endurance that all before had tried and failed. Even polar experts were beginning to think the challenge was impossible. In February 2004, Pen became the first Briton to trek, without resupply, to both Poles.

In 2015 Pen prepares to make the ultimate journey of exploration: the first solo crossing on foot of the Arctic Ocean (100 days/2,000km) via the North Pole, while mapping the thickness of the sea ice and promoting an international treaty to protect the fast-changing Arctic ecosystem.

Contact us today for further information on our after dinner speakers or to book Pen Hadow for your event.