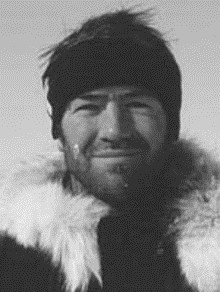 Phil Ashby is a former Royal Marines Commando officer and an accomplished keynote speaker with inspirational stories to tell.

Phil has the ability to engage with the audience, keeping them interested throughout his presentation.

He joined the Royal Marines after graduating and his most memorable mission was in Sierra Leone, where he had enlisted himself to join UN peacekeepers. Phil arrived in Sierra Leone when the rebel forces re-started the civil war and he was put in grave danger; Phil and his UN co-workers were taken hostage by the rebels. After days of being held captive, Phil came up with a plan to help the group escape and they made their exit through the jungle and were met by the British Army.

Phil received the Queen’s Galantry Medal for his courageous act and his autobiography was a best-seller. He is qualified as a Mountain Leader and a Jungle Warfare Instructor and these positions have helped him to develop his leadership and teamwork skills in intense environments.

Phil is a fantastic story-teller and his story is one that keeps audiences on the end of their seats, he has the ability to inspire and motivate at corporate events and he continues to be humble about his accomplishments.

Contact us today for further information on our after dinner speakers or to book Phil Ashby for your event.