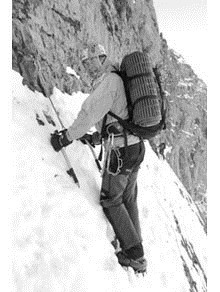 Following in his father’s footsteps, Sir Ranulph Fiennes left Eton and served in the Royal Scots Grey regiment, but it was in 1969 that his real adventures began. He took the helm of the British Expedition up the White Nile on a hovercraft and was hooked. The following year Ranulph led the the Jostedalsbreen Glacier expedition, and then the Transglobe Expedition.

Other expeditions include the Unsupported North Pole Expedition; The Artic Solo Expedition, and Seven Marathons in Seven Days on Seven Continents. In 2009 he became the first person ever to summit Everest and cross both polar ice caps.

Ranulph’s adventures have raised millions for various charities. In 1993, he was awarded an OBE for 'Human Endeavour and Charitable Services'.

In 1995 her Majesty the Queen awarded Sir Ranulph with a second clasp to the Polar award that he has previously received, he is the first person to gain a double clasp medal, each of which acknowledges both Arctic and Antarctic achievements.

Contact us today for further information on our after dinner speakers or to book Ranulph Fiennes for your event.