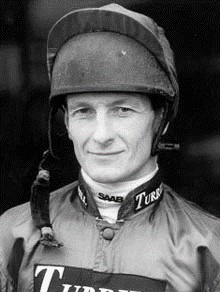 From an award winning champion jockey, to an extreme adventurer and a Strictly Come Dancing star to a tireless charity campaigner, Richard Dunwoody is a motivational speaker of the highest calibre.

Richard lifted the Cheltenham Gold Cup in 1988, and in 1993 at the peak of an illustrious career he became Champion Jockey for the first time.

After retiring from the sport, Richard became absorbed in the world of extreme adventure sports. He completed a 350-mile cross-country ski race to the Magnetic North Pole, and a 673-mile trek to the South Pole.

As an adventurer he has conquered the South Pole, North Pole and Mt Aconcagua, and has published his second autobiography, Method in My Madness, 10 Years out of the Saddle. In 2009 he started a 1000 Mile Challenge to walk the same mile 1000 consecutive times for a 1000 consecutive hours in Newmarket.

Richard reports on racing for the BBC and writes about racing for various publications, as well as coaching businesses on corporate team-building sessions and through motivational speaking.

Contact us today for further information on our after dinner speakers or to book Richard Dunwoody for your event.