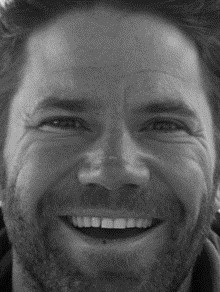 Steve grew up surrounded by rescue animals, with parents who travelled the world and instilled in him a passion for wildlife and a thirst for exploration.

His first job was a dream job – writing for the Indonesia and South East Asia Rough Guides, which eventually led to his ongoing career as a wildlife broadcaster and journalist. Steve has published many books, and contributes regularly to broadsheet newspapers and national magazines.

When TV called, Steve was hooked. For ‘Lost Land of the Jaguar’, Steve scaled a previously unexplored peak to search for new species in the jungles of Guyana. His near-death ascent of Mount Upuigma, involved scaling vertical rock walls as high as the Empire State Building, and sleeping suspended in space. In this gripping series the team achieved their mission to find rare and undiscovered species of wildlife to ascertain that the Guyanan jungle needs to be protected.

Steve’s world travels take him in search of the wild, weird and wonderful. His other BBC programmes include expeditions for the ‘The One Show’, ‘Britain’s Lost World’, ‘Extreme Caving’, ‘CBBC Spring Watch’, ‘Inside Out’ and ‘The Nature of Britain’.

Explorations further afield include the BBC’s gruelling and Emmy-nominated epic ‘Expedition Borneo’, where Steve made the first ascent of a jungle peak, and first descent into an enormous, unexplored sinkhole; ‘Expedition Alaska’, ‘Secret Wilderness: Japan’ where he met giant salamanders and feisty Macaque monkeys; and Sky One’s ‘Inside’: King Cobra, where Steve came face to face with these enormous snakes in their native Thailand.

Contact us today for further information on our after dinner speakers or to book Steve Backshall for your event.