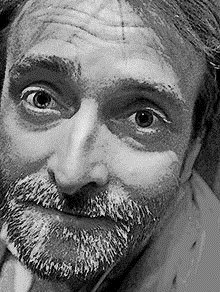 Tim is a hilarious after dinner speaker for corporate events and gala dinners.

He broke into mainstream as a world record holder breaking a 383 year-old World Record by paddling a paper boat 160 miles down the River Thames to raise money for Comic Relief.

In 2004 Tim attempted to become the first person to row the English Channel in a Bath. The attempt was called off in a force 6 to 7 storm just 4 miles from success. Tim was badly injured in the storm but the following year Tim became the first person to successfully row the English Channel in a Bath. He then rowed 200 miles, round Kent, and finished at Tower Bridge, having rowed the last 120 miles following a broken shoulder.

Tim's latest quest was to become a Medieval Knight leading to him living as a recluse in a cave in a Spanish desert.

These tales of Tim’s far-fetched exploits are recounted in hilarious manner and are ideally suited for any corporate event.

Contact us today for further information on our after dinner speakers or to book Tim Fitzhigham for your event.