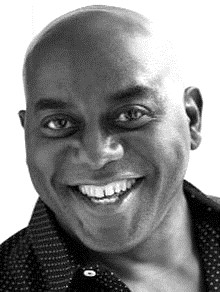 He worked as a chef in many restaurants in London including the Dorchester, Brown's, The Hilton, The Westbury, Café Pelican and Quaglino's. Once Ainsley became the main presenter of ‘Can't Cook, Won't Cook’ and later ‘Ready, Steady, Cook’, he was a household name.

Ainsley's Barbecue Bible; Ainsley's Meals in Minutes; Ainsley's Big Cook Out and Ainsley's Gourmet Express all followed, and he became one of the most famous TV cooking faces in the country.

Contact us today for further information on Ainsley Harriott or to make a booking.