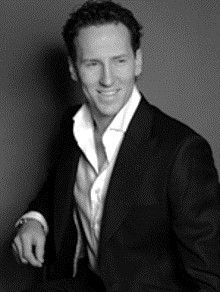 Britain’s best loved dancer, Brendan Cole, is a charming and engaging after dinner speaker and entertainer.

As well as his solo corporate engagements, Brendan is also part of a dazzling cabaret act. With his 5 dancers, a 12 piece band and 2 singers, he brings his magic to life for audiences looking for a dazzling, buzzing and thrilling evening.

Born and raised in Christchurch, New Zealand, Brendan started dancing at the age of 6. At 18 he moved to London, to further his studies and to embark on a dancing career. To support himself and his burgeoning dance ambitions, Brendan worked as a warehouseman, an insurance broker, and a builder. Eventually, in 1999, his dreams came true and he turned professional.

Brendan has appeared in all thirteen series of BBC's ‘Strictly Come Dancing’, winning the first series in the Spring of 2004, and is currently partnered up with Kirsty Gallacher. Brendan has also appeared as a judge in the New Zealand version of the show, ‘Dancing With The Stars’, for four years.

Contact us today for further information on Brendan Cole or to make a booking.