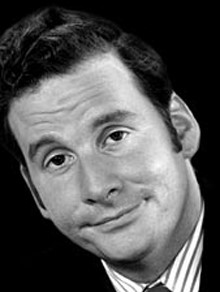 Chris Barrie is best known as leisure centre manager Gordon Brittas, in ‘The Brittas Empire’, and was equally as popular as Arnold Rimmer in ‘Red Dwarf’.

Originally an impressionist, Chris’s broke into TV career with a memorable role in Jasper Carrott’s ‘Election Night Special’, where he was spotted by the ‘Spitting Image’ team, and won the hearts of UK viewers with his impressions of Prince Charles, Ronald Reagan, Barry Norman and Paul Daniels.

After ‘Red Dwarf’ and ‘Brittas’ left the small screen, Chris took a leap to the cinema, as Hilary the butler in the ‘Tomb Raider’ movies alongside Hollywood legend Angelina Jolie.

He also filmed ‘Chris Barrie's Massive Engines’ for The Discovery Channel, in which the self-confessed car fanatic explores the development of anything that moves - trains, cars, diggers, planes and other wonders of the industrial world.

In May 2015, it was announced that he would, again, be returning to ‘Red Dwarf’ for the eleventh and twelfth series and Chris is due to resume filming on ‘Red Dwarf’ in November 2015.

Contact us today for further information on Chris Barrie or to make a booking.