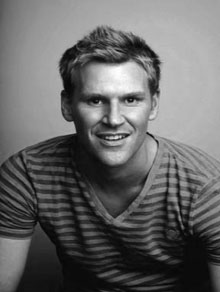 ​Craig Stevens is a television presenter for Sky One, Movies, ITV and Channel 5 movie specials. He is available to book for a variety of corporate events.

In 2004 Craig Stevens joined Five as a presenter of their flagship daily game show Brainteaser. In 2006 he left to join The Mint, a late night studio game show format which included numerous special guests. In 2007, The Mint was replaced by Gliterball and Craig continued as one of the main presenters.


Craig worked for Orange at the 2008 BAFTA Awards, commentating on red carpet arrivals alongside Myleene Klass. He was such a hit with Orange that he was asked back to do further corporate work. Craig presented The Family Show for Sky Movies from 2006 for 6 years and has since been working across the channel covering their major film releases, reviews and junkets as well as hosting live premieres. Craig also hosted Sky’s flagship show ‘Box Office Preview Show’.

In 2012 Craig was announced as the official face of the M&M’s ’From The Red Carpet’ show, a movie show that goes out in Cineworld, Odeon, IMAX and Picturehouse cinemas across the UK.

Contact us today for further information on Craig Stevens or to make a booking.