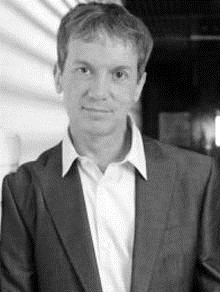 Frank's down-to-earth brand of humour won him the 1991 Perrier Award at the Edinburgh Comedy Festival, beating Jack Dee and Eddie Izzard to the prize.

Since then he has gone on to become a household name. As talented a stand-up comedian as he is a razor sharp talk show host, Frank Skinner has earned his place at the top of the comedy game. In early 2014 he performed his stand-up show ‘Man in a Suit’ at Leicester Square Theatre.

His friendship with David Baddiel produced the Fantasy Football and Unplanned series. But some would say that their ultimate achievement was co-writing and co-singing football song Three Lions which became a favourite on the terraces in the European Championship in 1996.

Since January 2012 Skinner has been host of BBC show Room 101, and in October 2014 was a guest star in an episode of ‘Doctor Who’, with Peter Capaldi as The Doctor. In 2015 he appeared as a regular in the TV show ‘Taskmaster’, a comedy game show hosted by Greg Davies.

Contact us today for further information on Frank Skinner or to make a booking.