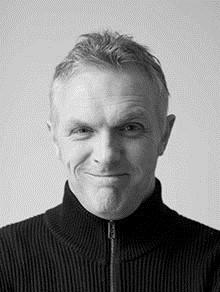 Award-winning comedian, Greg Davies, one third of the brilliant sketch act 'We Are Klang' is available for after dinner corporate entertainment.

Greg's acting credits include the role of Mr Gilbert in two series of the British Comedy Award-winning 'The Inbetweeners', as well as in both of ‘The Inbetweeners’ movies, ‘Doctor Who’ and ‘Man Down’.

Greg’s TV experience is impressive - programmes including: '8 Out Of 10 Cats', 'Mock The Week', 'Never Mind The Buzzcocks' and 'The Comedy Store', are some highlights of his on-screen career.

He is also one third of the anarchically brilliant sketch act 'We Are Klang', who have performed four critically acclaimed sell-out Edinburgh Festival shows and in 2006 were nominated for comedy’s top prize the Edinburgh Comedy Award. With We Are Klang, Greg also stars in their sitcom series for BBC Three.

Contact us today for further information on Greg Davies or to make a booking.