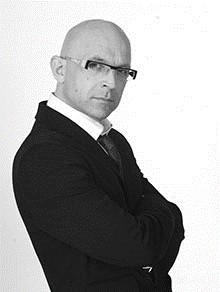 Jason Bradbury has been presenting on UK network, cable and satellite TV for over ten years.

Jason is a great choice for after dinner speaking, awards hosting and presenting for live corporate events, especially for those engagements with a scientific edge.

His credits include hundreds of programmes spanning a wide range of genre from light entertainment, to science and technology formats. ‘The Big Breakfast’, ‘Top Gear GTI’, C5’s ‘Combat Cars’ and ITV’s ‘The Web Review Show’ are just a handful of successful series that Jason has fronted.

But it is in the arena of Science and Technology that he can most readily fuse his personal passion for science with the skills of an entertainer.

Jason is a gadget and technology maestro. A keen collector of ‘exotic’ gizmos and an ardent techno DIY’er. He is a qualified pilot and has showcased his flying skills on many TV shows including BBC’s ‘The Air Show’ and the award winning Channel 4 Schools series ‘Science In Focus’.

Jason is currently appearing on ITV’s ‘This Morning’ as their gadget guru and a new science series for Discovery Kids called ‘Gross!’ He is also hosting ‘The Gadget Show’ alongside Ortis Deley, Amy Williams and Jon Bentley for Channel 5.

Contact us today for further information on Jason Bradbury or to make a booking.