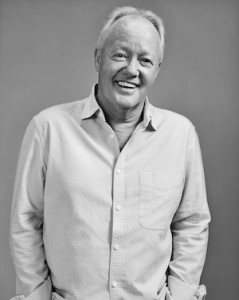 Keith Chegwin is one of the UK’s most popular TV personalities, now into his 44th year in showbusiness.

At the age of 17 in a moment of audacious inspiration, Keith lied his way into a job as a presenter at the BBC. The programme was Swap Shop and he, as presenter of the outside broadcasts, claimed national fame and notoriety overnight.

Today, Keith Chegwin is still one of showbusiness’s hardest workers. He has presented over 4,000 live television programmes and recorded more than 3,000. Add to this TV specials, guest appearances, interviews, his own radio programmes, newspaper columns etc.

In 2006, he appeared as himself in an episode of the Ricky Gervais sitcom ‘Extras’, which went down a storm with the press and viewers alike. Keith also made an appearance in Ricky Gervais and Stephen Merchant's comedy series ‘Life's Too Short’ with Shaun Williamson and Les Dennis.

Keith worked on GMTV for over 7 years & he has knocked on over 250 doors from Lands End to John O’Groats and given away hundreds of thousands of pounds.