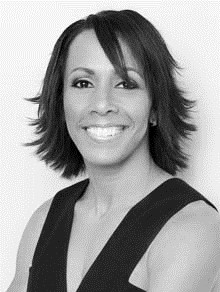 Dame Kelly Holmes is one of Britain’s most recognisable and admired athletes.

She has won Olympic, World, Commonwealth and European medals, and added the ultimate sporting trophy to her cabinet at the Athens Olympic Games – Double Olympic Gold. In the corporate sector, she offers words of wisdom and inspiration as a motivational speaker and is a skilled and experienced awards host.

Dame Kelly Holmes secured her place in history by becoming the first British female athlete to win both the 800m and 1500m in the 2004 Olympic Games. One of her most successful seasons ever, Kelly's achievements on the track in 2004 set the pace for 30 high profile awards and accolades, among others BBC Sports Personality of the Year, European Athlete of the year, the prestigious title of the Laureus World Sports Woman of the year and in 2005 the ultimate honour of a Damehood by the Queen in the New Year’s Honours lists.

The Kelly Holmes brand delivers products, services and experiences designed to inspire and support the pursuit of health, fitness, well-being and achievement in sport. The brand is rooted in the unique achievements of a double Olympic champion and is synonymous with focus, self-belief, drive, determination and success.

Contact us today for further information on Kelly Holmes or to make a booking.