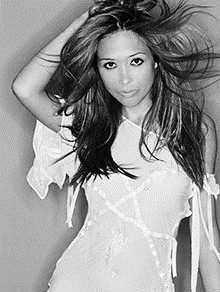 Myleene first shot to fame in the 2001 ITV1 series 'Popstars', the original reality TV music show. Myleene was chosen to become one of five members of the incredibly successful pop band, Hear'Say.

In 2003, Myleene signed a solo deal with Universal Classics. The first fruit of this deal was her debut solo classical album “Moving On”. The album was an immediate success. Not only did it enter the classical charts at No.2, the album went on to break records in all genres.

In 2006 Myleene took part in the sixth series of ‘I’m A Celebrity…Get Me Out Of Here’ and came second.

She has previously co-presented ‘The One Show’, 'Popstar to Operastar’ and 'Loose Women'. She is currently presenting BBQ Champ with judges Adam Richman and Mark Blatchford and is the face of Littlewoods.

Contact us today for further information on Myleene Klass or to make a booking.