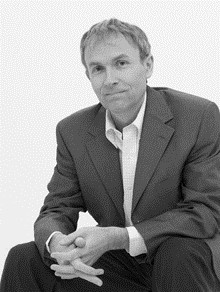 Luke Johnson is a knowledgeable and experienced keynote speaker. He grew Pizza Express from 12 restaurants to over 250. He then started Signature, which owned The Ivy and Le Caprice.

Luke’s speeches are always cultured, entertaining and provocative. He speaks passionately about entrepreneurialism and its contribution to the good of society as a whole; he also speaks with conviction about the value of optimism, determination and self-reliance.

Luke was Chairman of Channel 4 Television Corporation from 2004 – 2010, in which time the organisation enjoyed record ratings and revenues. He also served as Chairman of the trustees of the £150m Channel 4 staff pension plan.

Luke became chairman of Pizza Express in 1993. He grew the business from 12 owned restaurants to over 250, and the share price from 40p to over 900p. Luke sold out in 1999 and started Signature Restaurants, which owned The Ivy and Le Caprice, as well as the Belgo chain, selling the business in 2005. He started the Strada restaurant concept from scratch and took the chain to 30 units and sold it in late 2005. The total proceeds from these two disposals were in excess of £90 million.

Luke was appointed Chairman of the Royal Society of Arts in 2008. He was a governor of The University of the Arts London and is also Chairman of StageOne, a charity in support of new producers of quality commercial theatre in the UK.

Contact us today for further information on our after dinner speakers or to book Luke Johnson for your event.