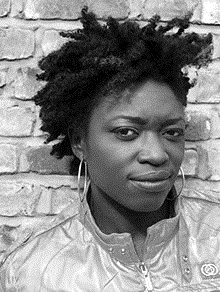 Comedy writer, stand-up star and hot new talent on the corporate circuit, Andi Osho is a fresh and exciting comedian, awards host and after dinner performer.

Andi has made a big splash on the comedy scene in record time, with much talked about appearances on ‘Mock The Week’, ‘Tonightly’ and most recently Channel 4’s new topical show, ‘Stand Up For The Week’.

As well as fast becoming an established performer on the stand up circuit, Andi is hugely in demand for guest slots on radio and TV for her cheeky, quick wit and effervescence.

Andi has also written on several projects including her own E4 pilot, ‘The Andi O Show’. Andi worked as an actor for many years and has several screen credits including ‘Eastenders’, ‘Casualty’ and ‘Waking The Dead’.

Andi is now well established as a regular contributor on TV and Radio as well as her continued live work on the stand up circuit including three live solo stand up tours.

Contact us today for further information or to book Andi Osho for your event.