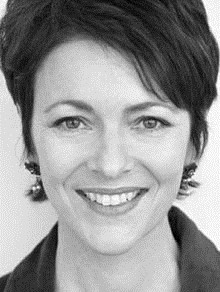 Fiona Foster is one of the UKs best loved TV and radio hosts. She is also a knowledgeable and consummate awards host.

In 1989 Fiona got her first job in television as the co-anchor for BBC1's ‘Breakfast News and Business’ where she stayed for three years. During this time Fiona also presented ‘Business Matters’ on BBC2 and frequently anchored CNBC's London business programme.

In 1992 she became the video reporter following the emergency services for BBC1's 999 and reported regularly for BBC's ‘Holiday’.

From 1993-1996 Fiona co-anchored Carlton Television's ‘London Tonight’ as well as ITV's prime-time show ‘Missing’. In 1996 Fiona moved to Atlanta to work for CNN as the anchor on ‘World News’. Here she covered numerous breaking news stories and live events, ranging from the death of Princess Diana to President Clinton's trip to China and the signing of the UN/Iraq peace deal.

On returning to the UK in 1999 Fiona landed a position with ITV as a reporter on ‘Tonight With Trevor McDonald’.

In 2010 she started presenting BBC World’s weekly travel news programme, ‘Fast Track’ and a variety of other programmes for the channel, including ‘Weekend World’, ‘Russia Business Report’ and ‘One Square Mile’.

Contact us today for further information on our after dinner speakers or to book Fiona Foster for your event.