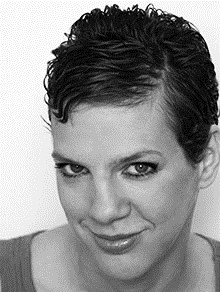 Francesca Martinez is a stand-up comedian and actress as well as UK’s Motivator of the Year award nominee alongside Matthew Pinsent, and Sir Bob Geldof.

Francesca has toured internationally, including sell-out runs at the Edinburgh Festival, the Melbourne Comedy Festival and the Just For Laughs Festival in Montreal. She has cerebral palsy but prefers to describe herself as "wobbly".

Francesca is currently developing a feature documentary called ‘What The Hell Is Normal?!’ which sees her travel around looking for a 'normal' person.

Before becoming a stand-up, Martinez appeared in the BBC children's drama serial ‘Grange Hill’ for several years, and has acted in other drama series such as ‘Casualty’. She has also appeared as a guest on ‘The Frank Skinner Show’, and in Ricky Gervais and Stephen Merchant's comedy series ‘Extras’.

Paving the way for performers of all abilities, Francesca’s unique position as a successful mainstream performer is proof she is breaking down many barriers and changing attitudes.

Contact us today for further information or to book Francesca Martinez for your event.