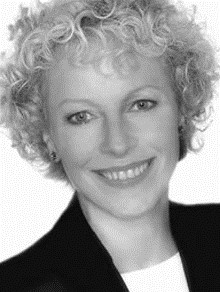 In 2005, Jilly braved the jungle for ITV1’s fifth series of ‘I’m a Celebrity...Get Me Out Of Here!’ In 2006 she appeared on the television series ‘Celebrity Masterchef’.

Jilly has presented two highly successful television series on antiques for BBC1, ‘The Great Antiques Hunt’ and ‘Going, Going, Gone’. She travelled extensively as a presenter on BBC1’s ‘Holiday’ programme. During 2003, she was presenter on BBC1’s ‘Holiday - You Call the Shots’. In 2005, Jilly has confronted all sorts of health questions and challenges on the new Channel Four series, ‘Extreme Health’.

Jilly has also appeared on innumerable television programmes across all channels featuring both as a wine expert and as a personality including ‘Jo Brands Hot Potatoes’, ‘Through the Keyhole’, ‘The Heaven & Earth Show’ and ‘The Chelsea Flower Show’.

Jilly started as a journalist, contributing to most national daily and weekly newspapers and magazines published in Britain. As well as writing about wine, she has written about travel, women’s issues, and a wide range of general features.

Contact us today for further information on our after dinner speakers or to book Jilly Goolden for your event.