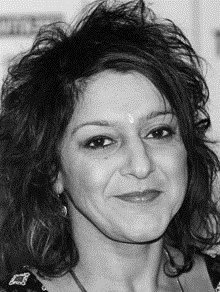 Meera co-wrote and was a cast member of the popular BBC Television comedy series ‘Goodness Gracious Me’ and ‘The Kumars at No. 42’.

She also co-wrote the script for ‘My Sister Wife’, a three-part BBC Television series, and wrote the film ‘Bhaji on the Beach’ for Channel 4.

Meera has also had roles in programmes such as ‘Doctor Who’, ‘Broadchurch’ and ‘Horrible Histories’.

Meera was awarded an MBE in 1997 and won the 'Media Personality of the Year' award at the Commission for Racial Equality's annual 'Race in the Media' awards (2000) and was awarded a CBE in the 2015 New Year Honours for services to drama and literature.

Contact us today for further information on our after dinner speakers or to book Meera Syal for your event.