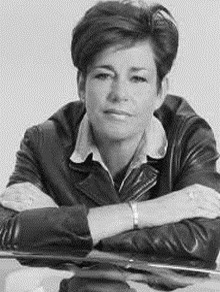 Journalist, TV presenter and inspirational speaker, Penny Mallory was the first woman in the world to qualify to drive a world rally car.

Not only is Penny one of the top woman Rally Drivers in the world, she is also the only woman to have taken part in the World Rally Car. She became the National Ladies Champion Driver in 1993 and has performed as a stunt driver in the Renault Clio advertisements.

Her career as a Rally Driver has given her the opportunity to work on television programmes such as ITV’s ‘The Used Car Show’, ‘Daybreak’ and ‘BBC Breakfast’ where she presents consumer reports. She also presented five series of the well known Channel 4 show, ‘Driven’ as well as ‘World Rally Championship’, ‘Accident Blackspots’ and Discovery’s ‘Classic Car Club’.

In addition to being a successful Rally Driver she is also a qualified performance coach and sport psychologist, working with large organizations, teams and individuals. She acts as a consultant to businesses and has workshops where she is well known for helping and inspiring people, her consultancy methods are very popular in Europe.

Contact us today for further information on our after dinner speakers or to book Penny Mallory for your event.