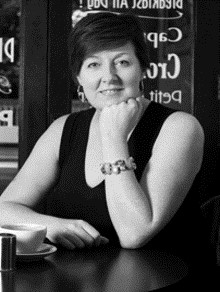 Shelagh Fogarty is a well known journalist and television presenter and was the co-host of the popular Radio 5 Live Breakfast Show.

She is an accomplished and professional conference facilitator and host at corporate events.

Shelagh began working for the BBC as a trainee and worked on various different BBC radio shows including Radio Bristol, Radio Sheffield and Radio Merseyside. While working on these shows she was both a reporter and a producer and this gave her the experience she needed to join the Radio 4 team in 1994.

With a vast amount of experience as a radio broadcaster and show producer, Shelagh’s next step in her career was joining Radio 5 Live. She co-presented the popular Weekend Breakfast show alongside Nicky Campbell and in 2011 she became the host of the lunchtime show.

Shelagh’s career as a journalist has taken her on many adventures and she has great stories to share with her audiences; she went to Thailand to cover the news on the Boxing Day Tsunami and she was in Rome to report on the death of Pope John Paul. These are only a couple of the amazing stories Shelagh has reported on in her impressive career as a journalist and broadcaster.

Contact us today for further information on our after dinner speakers or to book Shelagh Fogharty for your event.