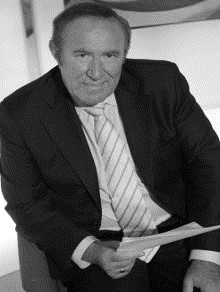 Andrew Neil is a publisher, broadcaster and company chairman, widely recognised as a BBC news anchor.

He currently presents three editions of the Daily Politics on BBC2 every week as well as the Sunday Politics on BBC1 and the award-winning This Week. He also anchors Politics Europe, and previously presented Straight Talk with Andrew Neil on the BBC News Channel.

Andrew worked for The Economist and was made British Editor of the paper in 1982. Upon leaving The Economist, Andrew became Editor of the Sunday Times of London, which he turned into the undisputed market leader, renowned for its investigative journalism.

While still editing The Sunday Times he served as Executive Chairman of Sky Television, which he launched in 1989 as Britain’s first multi-channel satellite TV platform. It is now a £15bn company.

Andrew is currently Chairman and Editor-in-Chief of Press Holdings Media Group, publishers of The Spectator, Spectator Australia and Apollo, the world-renowned art magazine; Chairman of ITP, the biggest magazine publisher in the Gulf; Chairman and joint owner of World Media Rights, which produces factual and historical shows for TV channels across the globe.

Contact us today for further information on our after dinner speakers or to book Andrew Neil for your event.