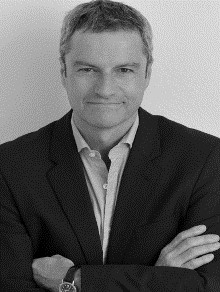 One of the main presenters on BBC 2’s Newsnight for eleven years, Gavin Esler’s credentials and gravitas are unparalleled.

He is also an anchor on BBC News 24 and hosts the arts and culture programme HARDtalk. For BBC Radio 4 he presents the foreign affairs series Four Corners.

Gavin has won several awards, including a Royal Television Award for his report on the military build-up in Aleutian Islands as part of the Reagan administration's 'New Maritime Strategy', and a Sony Gold Award for BBC Radio 4's Letters from Guantanamo Bay.

His latest keynote topic is The Decline of Trust, where he debates how we have lost trust in the institutions which define our lives: our governments, public life, big business, the media and financial institutions.

By drawing on contemporary narratives, such as 'plebgate' and the Leveson inquiry, which raised profound questions about how much of the information we receive from newspapers can truly be trusted, Gavin weighs up the consequences for individuals, particularly politicians and journalists who are routinely distrusted.

Contact us today for further information on our after dinner speakers or to book Gavin Esler for your event.