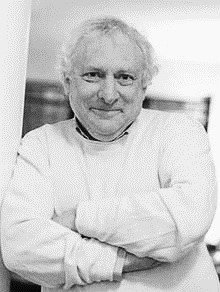 Jeffrey Robinson is the international best-selling author of 22 books, and a recognised expert and excellent conference speaker on organised crime and money laundering.

Jeffrey is perhaps best known for his 1995 investigative tour de force, The Laundrymen, in which he uncovered the true extent of global money laundering. A headline-maker in 14 countries around the world, Robinson then wrote The Merger - How Organised Crime is Taking Over The World. In 1993, he published The Sink, documenting the birth and growth of crime, terrorism and dirty money in the offshore world. There's a Sucker Born event minute was published in 2010 and reveals how to spot scams and stop them.

Jeffrey’s latest is an eBook exclusive for Amazon. BitCon – The Naked Truth About Bitcoin expounds insight and knowledge about what he calls a ‘pretend-currency’ or a ‘pretend-commodity’.

In addition to five much-praised novels: Pietrov and Other Games, The Ginger Jar, The Margin of the Bulls, The Monk's Disciples and A True and Perfect Knight, his British crime drama series, Tightrope, is in pre-production with Yorkshire Television. He also has countless other TV projects to his name.

Contact us today for further information on our after dinner speakers or to book Jeffrey Robinson for your event.