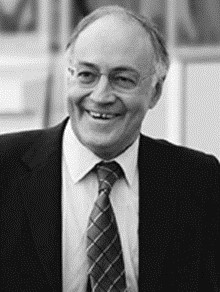 A talented after dinner and keynote speaker, Michael Howard speaks about his experiences in politics, as well as law, transatlantic relations and economics.

From 1993 to 1997 he was Home Secretary during which time David Cameron worked as one of his Special Advisers. His achievements in that office earned him the accolade in The Times of being described as one of a “very short list of the truly significant politicians of the post war era.”

After the 1997 election he served as Shadow Foreign Secretary. Between 2001 and 2003 he was Shadow Chancellor of the Exchequer and in 2003 was elected unopposed as Leader of the Opposition.

He was named Parliamentarian of the Year in 2003 and went on to take part in many memorable encounters with Tony Blair at Prime Minister’s Questions.

After the 2005 Election, in which he led the Conservative Party, obtained more votes than Labour in England and more than halved Labour’s majority, he announced his decision to resign the leadership and was succeeded by David Cameron in December 2005.

Contact us today for further information on our after dinner speakers or to book Michael Howard for your event.