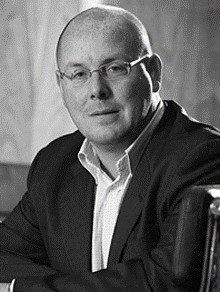 Branded a charlatan and a crook, Nick Leeson was jailed for bringing down his former employer, Barings Bank, and credited with causing the biggest financial scandal of the twentieth century.

Considering the fact that Barings was the financial empire that funded the Napoleonic Wars, it’s impossible to imagine that it came crashing down at the hands of one daring and irresponsible gambler who found himself in a horrifying spiral of trouble. When the Singaporean markets went into sudden chaos, Nick was arrested and imprisoned for six and a half years for forgery and cheating.

From Nick’s perspective he had made enormous mistakes, had lost control and deserved to be punished. He recounts the sorry tale with a frank self-awareness and apportioning little if any blame to the lax security checks he was subject to, and to the absence of monitoring by his employer of his younger self and his carefree, ambitious and arrogant colleagues and peers.

His story is full of human interest angles, and Nick is expertly placed to provide consultancy on risk management, compliance and corporate responsibility.

Contact us today for further information on our after dinner speakers or to book Nick Leeson for your event.