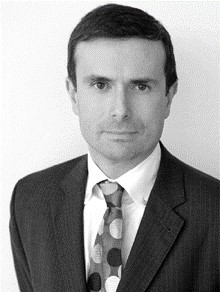 Robert Peston is a fantastic economics and business conference and after dinner speaker.

Amongst many scoops, it was Robert who revealed that Northern Rock was close to technical insolvency and had approached the Bank of England for emergency support. This was the beginning of a chain of events in the banking sector which effected the entire world economy and in 2009 took the world into recession.

Robert Peston was previously City and Assistant Editor of The Sunday Telegraph, in charge of the business and money sections. Before that he was the FT's Financial Editor and a member of the editorial board. He had also served as Political Editor, Banking Editor and founder of the investigations unit.

In 2008 Hodder & Stoughton published Robert Peston's latest book, Who Runs Britain? How the Super-Rich are Changing our Lives. It explains the nature of the boom, and why we're now having to pay the price for excess. Robert has since presented Super Rich: The Greed Game for BBC2, on the causes and consequences of the Credit Crunch.

Contact us today for further information on our after dinner speakers or to book Robert Peston for your event.