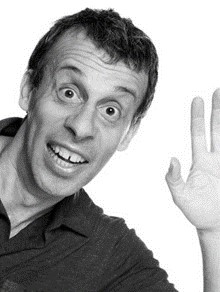 David Schneider is a comedian and actor turned social media expert. He has an impressive knowledge of social media outlets and aims to help businesses to develop their social media identities.

David is an avid tweeter with 227,000 followers and in 2011 he was named 'Tweeter of the Year' by Radio 5 Live. David is also involved in directing TV ads and makes viral comedy videos and pictures for clients including Huffington Post.

David founded 'That Lot' in 2013, a company which aims to get businesses up and running on social media. They use workshops to give companies the confidence to use social media outlets such as Facebook and Twitter. His extensive knowledge of Twitter means that companies can ask him anything about the social media site and he will be able to help them.

In his speech, David uses examples from companies who have used Twitter cleverly, heightening brand awareness and bringing them into the hub of the world of social media. His predominant lesson is that Twitter is real, human and immediate.

Contact us today for further information on our after dinner speakers or to book David Schneider for your event.